The Bullfinch North Project area stretches from Bullfinch in the south to Trough Well in the north. In May 2020 Enterprise entered into a 2 year “Option to Purchase” phase of a Binding Terms Sheet covering the Bullfinch North Project in the Southern Cross Greenstone Belt of WA. The tenement package is owned by Nickgraph Pty Ltd. A separate 2 year option agreement was negotiated over the western margin of the greenstone belt and Lake Deborah with Mr Peter Gianni.

The Southern Cross Greenstone Belt hosts more than 150 known gold deposits, which have collectively produced more than 10 million ounces of gold. The major gold deposits such as Frasers at Southern Cross, Marvel Loch, Nevoria, Great Victoria, Yilgarn Star and Copperhead (at Bullfinch) have produced the majority of these ounces.

By comparison, competitor exploration on the northern part of the Southern Cross Greenstone Belt (ie. north of Bullfinch) was largely focused on relatively shallow drill testing of small historic outcropping gold workings, which has failed to find any major new deposits. Other impediments to successful exploration included the historic fragmented tenement ownership and transported overburden on the eastern and western flanks of the belt. 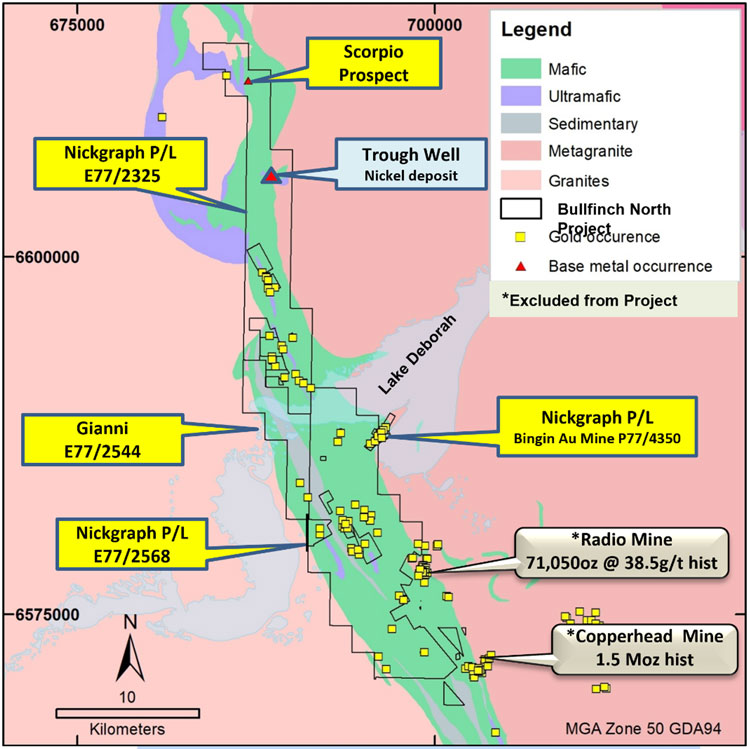