The Burracoppin Project covers approximately 962km2 (654km2 granted tenements) and is located 280km east of Perth, straddling the Great Eastern Highway and the standard gauge railway line that runs from Kalgoorlie to the port of Kwinana, see Figure 1. The project is considered prospective for iron ore in the form of magnetite contained within Archaean quartz-magnetite/banded iron formation (BIF) units and high grade DSO hematite/goethite, as well as gold and base metals. 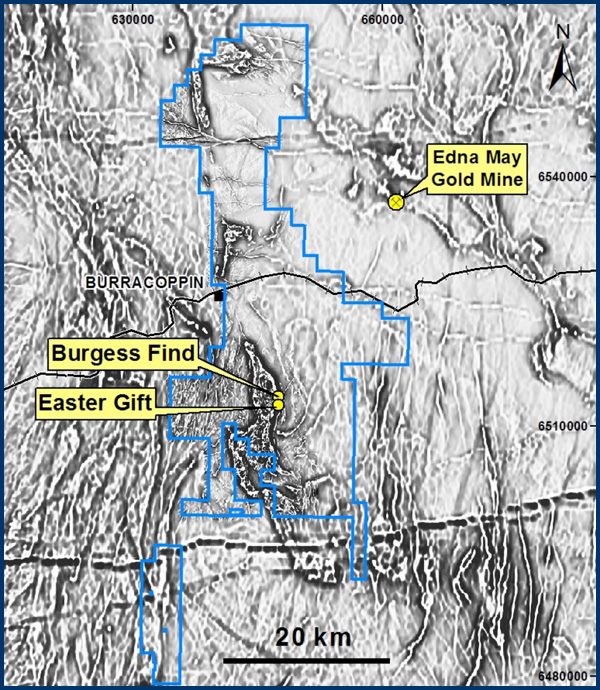 Detailed aeromagnetic surveys were completed by Enterprise during 2011 over the Project to assist with exploration targeting. Follow-up geological reconnaissance over numerous magnetic features was focussed on areas with scattered outcrop of altered and unaltered quartz-magnetite/BIF. Rockchip sampling of goethite, BIF and minor hematite was completed with 44 samples returning iron values >50%. These results strengthen the Company’s belief that intense alteration of BIF to goethite (and hematite) at Burracoppin has the potential to produce high grade iron mineralisation.

In the western portion of the Project, linear magnetic features interpreted to be BIF have been identified. These features lie within the Collgar Wind Farm and will be evaluated when access has been negotiated with holders of the surface rights.