In June 2020, the Department of Mines, Industry Regulation and Safety approved Enterprise’s Program of Work (PoW) for approximately 150 aircore drill holes to test the soil covered eastern margin of the Mandilla Syenite. A scout program of 121 vertical aircore holes (2,408m) was subsequently completed east of the Coolgardie-Esperance Highway in August 2020. The holes planned west of the highway could not be drilled due to heritage issues. A small passive seismic survey was also conducted, to map the depth of the Cainozoic cover sequence and weathered basement rocks. 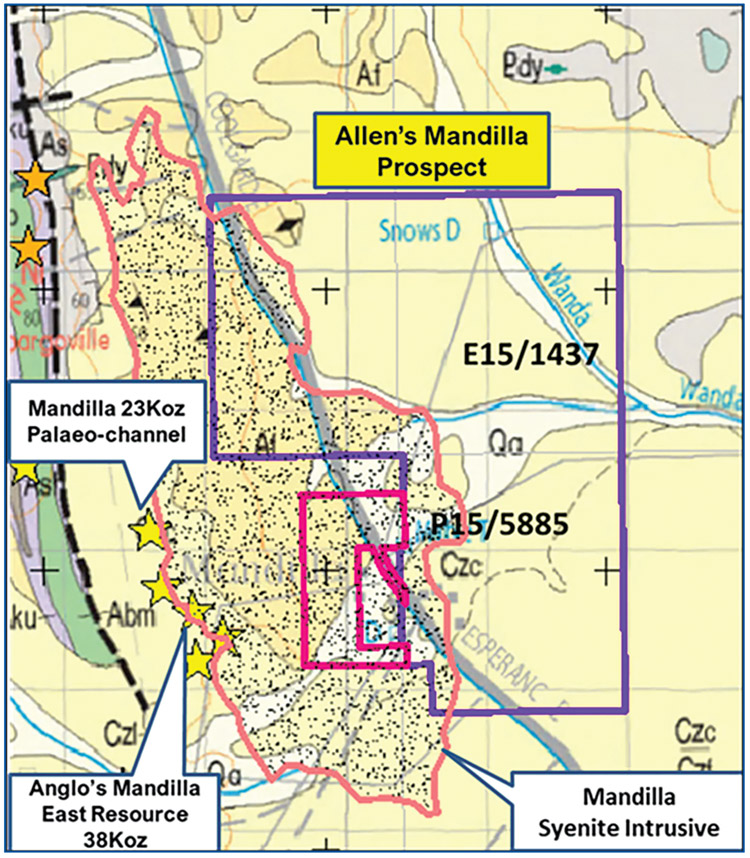