Enterprise Metals Doolgunna Project covers over 60km of strike of the southern boundary of the Bryah Basin and the northern part of the Yerrida Basin. Sandfire Resources NL (ASX: SFR) entered into a farm-in agreement with Enterprise Metals in October 2016 to earn a 75% interest in the project by sole funding exploration to define a JORC (2012) compliant mineral resource of at least 50,000 tonnes of contained copper or copper equivalent.

Figure 1. Location of the Enterprise’s Doolgunna Tenements (in Green) 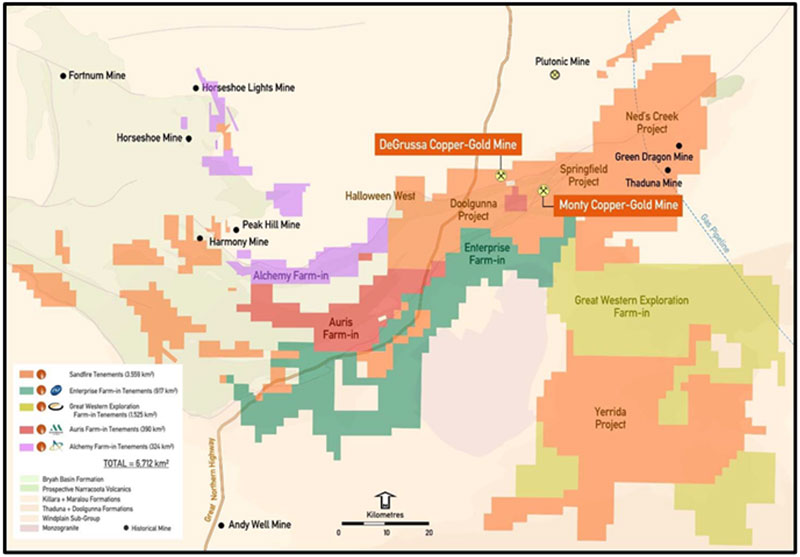